NZEBs (Net Zero Energy Buildings) are highly energy-efficient buildings that can generate enough on-site renewable power to offset their energy demand. In India, as efficient renewable technologies become increasingly accessible and cost-effective, there is a great opportunity for the building sector to advance towards net-zero targets.

Being one of the nations that is leading the fight against climate change, India has set its sight on expanding the energy generation from renewable energy sources. But with the pace at which India is currently developing, the energy needs of India are also growing rapidly. This calls for focus on responsible energy consumption, which inevitably leads us towards the importance of constructing more NZEBs in India.

With the technological advancements being made in the industry, reducing manufacturing costs of solar equipment and the financial backing of the government, RTS is one of the most feasible and reliable options for energy generation. The Indian government has set a target of installing 40GW of rooftop solar across India by 2022. On the webinar, Mr. Gupta shares practical insights, from his expertise and years of experience, for smooth RTS plant installation and operation.

For example, he highlights the importance of doing due diligence on the local electrical laws at the beginning stage. Systems must be designed to ensure ease of maintenance, since the solar panels must be regularly cleaned for optimal performance . It is important that the client is on board with the solar PV setup at all stages since delays in client approvals for design drawings and design changes are common bottlenecks in timely installation. Post plant set-up, the system performance should be monitored closely, and alarms should be handled in a timely manner in order to avoid any long term adverse .

While RTS helps us maximize the solar energy from roof spaces, BIPV technology integrates into the building, for example into the building envelope, and can thus augment solar PV capacity of projects. Let’s now examine said technology.

BIPV is an innovative technology that acts as a protective layer for the building and generates clean energy. It is available as windows, facades, roofs, coverings and as accessories that merge seamlessly into the building. This provides great flexibility in the design process. Various color options have made it aesthetically suitable as well. The determining factors of using BIPV are Location (latitude), Area (building density) and Transparency of the panels.

The major players in BIPV are Europe (34.8% of the market share) and USA. But with growing awareness, the technology is now getting traction in the APAC region with India, China and Japan as the leading markets. 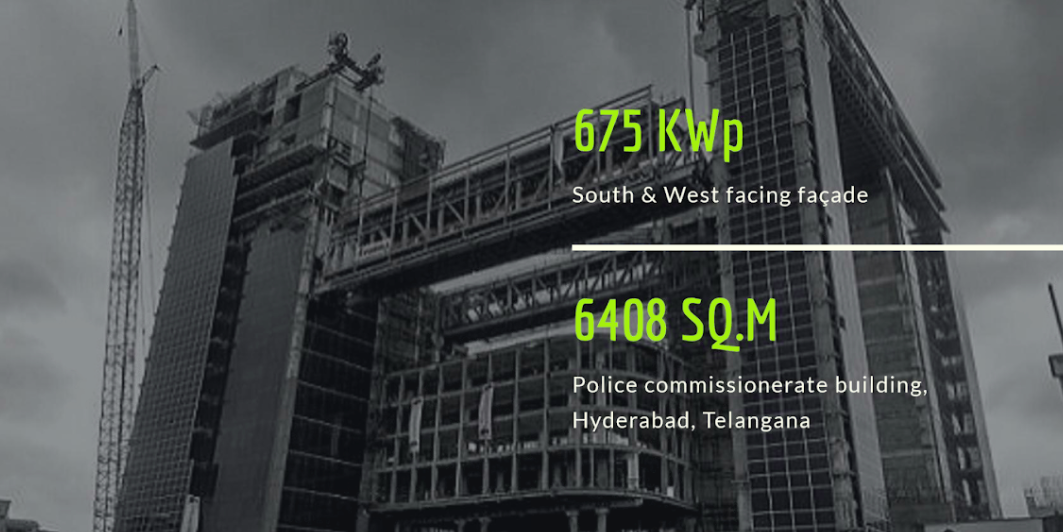 Mr. Shamir uses WallVision BV’s patented product, ZIGZAGSOLAR®, WallVision BV as an example. The cladding can generate up to 1100 kWh/kWp from wall facades owing to its design which relies on direct as well as reflected solar radiation. Let’s now look into the next technology- small wind turbines. 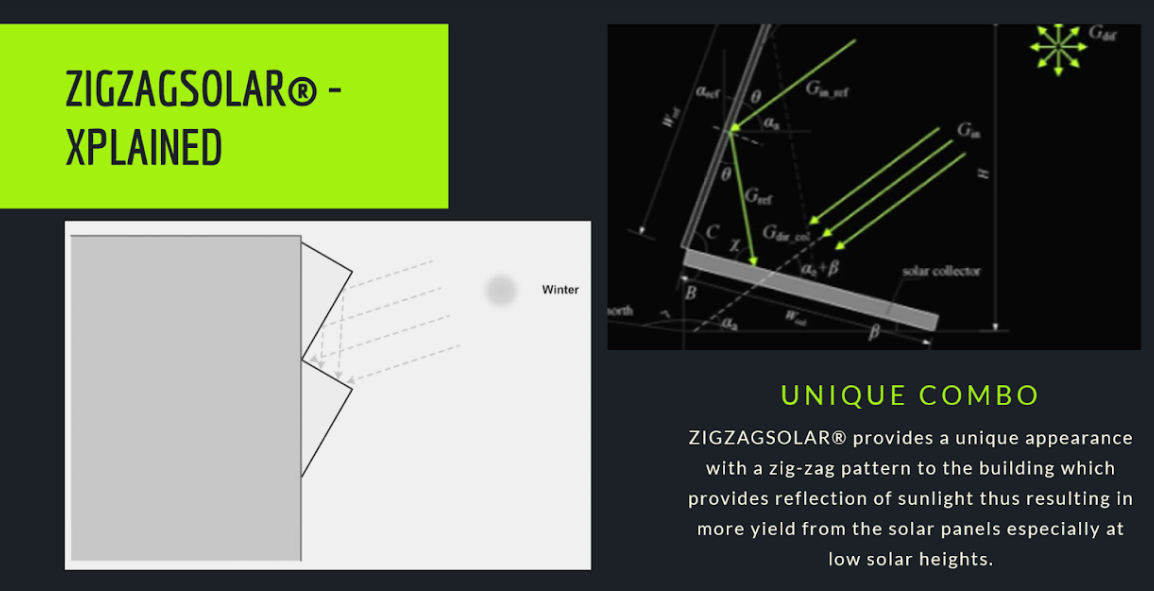 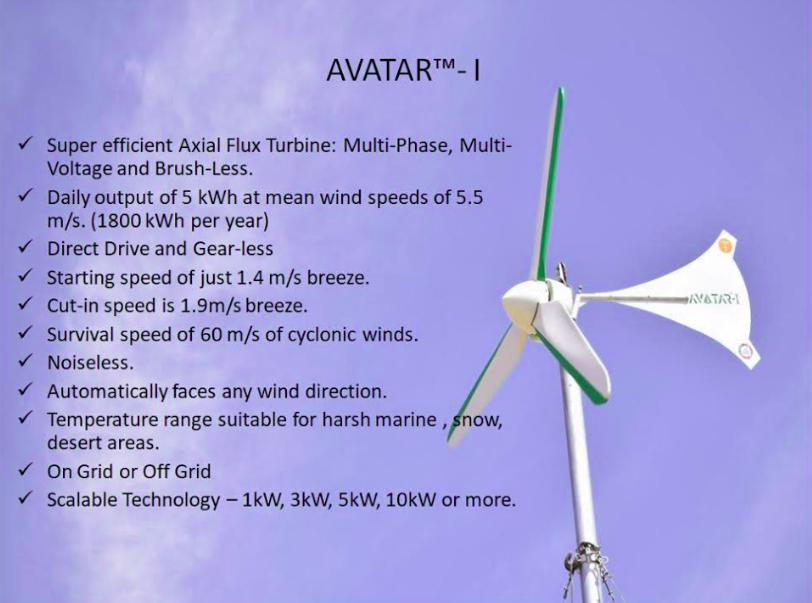 The patented SWT, AVATAR™-1, reduces the system costs by about 76% (Cost of AVATAR™-1 system is around Rs 60,000/kWp). It operates at starting wind speeds of 1.4 m/s which improves its efficiency drastically. Clubbed with the fact that these SWTs are noiseless and vibration less, we have an excellent technology that can be considered as a viable rooftop solution for energy needs. These turbines are scalable and can be custom made to fit the demands of the customer. The firm is also pushing for government subsidies, and it is expected that the prices become competitive with respect to rooftop solar in the future.

In conclusion, the webinar showcases three cutting-edge RE technologies that can be integrated into NZEBs each with distinct benefits – RTS is more affordable and easier to design, BIPV provide greater flexibility while SWT are easier to maintain and require less space. Finally, designers need to evaluate other parameters like site and client requirements to arrive at the right RE technology for their projects.

This webinar was conducted on 13th December, 2019.

He has been responsible for the on-grid solar expansion of the company. He has been associated with 20MW plus solar power projects all over India.

He has built a test facility for ZIGZAGSOLAR® under Indian conditions. He has been associated with various projects in the field of energy with start-up companies based in the Netherlands.

A Cleantech Start up established in India with the goal of tackling energy poverty in developing economies across the world through innovations in the field of Distributed Renewable Energy and Clean Technologies.

Q1. How to dismantle and dispose solar PV panels?

Good thing about solar panels if they can be separated from other building waste very easily. Hence, they are a clean construction waste at the end of the life cycle.

Solar panels consist of glass and plastic layers with the solar cells in between them. There is a silver powder paste on the silicon cells and the whole assembly is in an aluminum frame. There is also a junction box attached to the frame. It’s easy to remove the aluminium frames from the solar module and they can be recycled completely. You can remove the junction box and dispose it off. The glass and plastic parts can also be removed very easily and are then recycled. And then there is the silver coating which makes the whole exercise worth the money.

The whole industry of recycling solar modules is a really a growing market because a lot of the material can be recycled and possibly reused, it is possible to make the production of solar modules a virtually complete cycle.

Q2. Today most states have net metering available. In case this is not available, is it still practical to consider a rooftop PV system?

With or without net metering also is PV systems are viable if they are sized correctly according to the demand requirement. The only restricting facto would be the local tariff rates which would essentially determine the Return on Investment of the system.

Q3. Are there any bypass diodes on a BIPV module?

Q4. Are there any subsidies for the wind turbines?

Q5. The wind turbines installed by Avantgarde Innovations have been connected to the grid using net metering or do they have a battery backup system?

We’ve done both. The installations for Achilles and Unilever were on-grid system. And the second one we did after that was an off-grid system for a residential clients in Gujarat.